You may have noticed that Scotland has been in the news recently (to say the least). And that’s all the excuse I needed to produce a list of Scottish-themed RPG books… 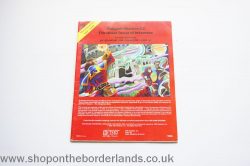 The Ghost Tower of Inverness

This 1st edition AD&D adventure doesn’t actually have anything to do with Scotland, but the author seems to have selected the site of the Ghost Tower by throwing a dart at a map of the Highlands… Not all inhabitants of Scotland were or are Celtic, and certainly not all Celts are Scottish, but including this 2nd edition AD&D historical supplement seems fair. 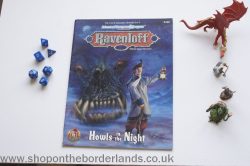 Howls in the Night

Can you think of another AD&D adventure with a tam’o’shanter on the cover? Well, can you? 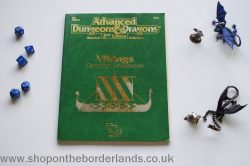 Since we’ve already established that not all of the inhabitants of Scotland were Celts, we can say that some of them (especially in the north and on the islands) were Vikings. So I can include this other AD&D historical reference. 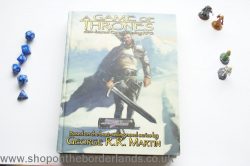 George R.R. Martin’s epic fantasy series depicts a civilised land separated from wild red-haired barbarians in the cold north by a big wall running from west to east. England on the other hand is…well, you get the idea. (Joke…joke…)

3rd edition D&D adventures with the word ‘Loch’ in the title. Oh come on, that totally counts… 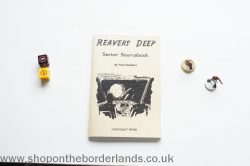 Traveller supplement detailing the Reavers’ Deep Sector (reavers – like the border reavers) and its largest human government the Principality of Caledon. Caledon, Caledonia, you see? 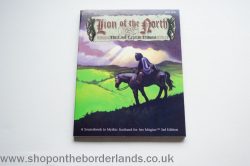 Lion of the North Published when Sylvester McCoy was the Doctor, and he’s definitely Scottish. So is Peter Capaldi for that matter. 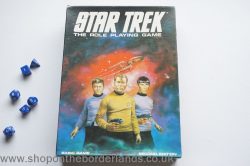 You get to play a Scotsman called, wait for it…’Scotty’. ‘McCoy’ is a Scottish name too.

Scottish and Pictish sourcebook for Pendragon.

Cyberpunky RPG that was made by Scotland’s own Nightfall Games. 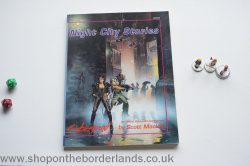 Excellent supplement for Cyberpunk that was written by a group based in Edinburgh.

Call of Cthulhu supplement about Scotland. As you’d expect from the title. 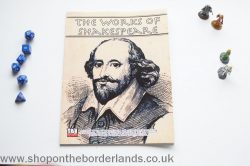 The Works of Shakespeare

Unusual d20 sourcebook that lets you run four Shakespeare plays as adventures, including Macb…THE SCOTTISH ADVENTURE. (It’s bad luck for roleplayers to say the name before a session. You’ll roll 1s all night.)